Discussions toward the establishment of the AAFSC were initiated in 2009 in Kuhlna, Bangladesh. Meetings were held involving the Bangladesh Shrimp and Fish Foundation (BSFF), Bangladesh government officials, JIFSAN, the US-FDA, and US Embassy staff. Following these meetings there was a seminar on the Environment and Good Aquacultural Practices (GAqP). JIFSAN and US-FDA trainers continued the activity with the delivery of the five-day JIFSAN GAqP training program, which was Phase I of the overall plan to establish a CTI. 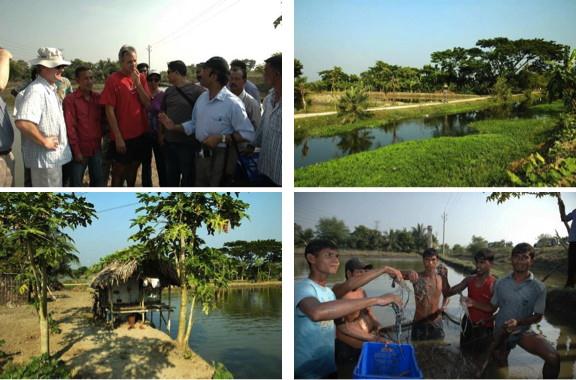 During the program, a small group of participants was selected to become the initial cadre of resident trainers at the AAFSC. In March 2010, a formal MOU between UM and the BSFF was signed and the AAFSC was established. 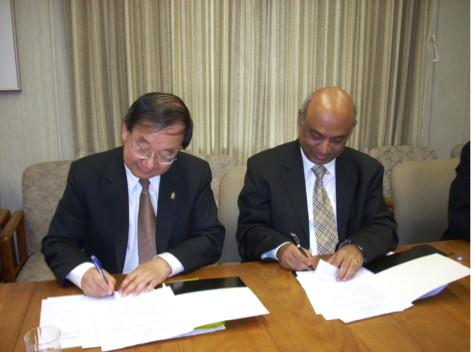 In September, 2010, the resident trainers that were selected during Phase I traveled to the U.S. for advanced training. This was Phase II of the CTI developmental process. They participated in a two-week intensive seafood safety training at the US-FDA and at aquaculture production facilities at the University of Maryland and at Virginia Tech University. During the internship, JIFSAN trainers worked with participants to identify GAqP program components that were of most utility to Bangladesh farmers and to identify needs for training topics that were not present in the existing GAqP program.

In December, 2010, The JIFSAN GAqP team traveled to Cox’s Bazaar to conduct a program that represented the beginning of Phase III of the CTI. Almost a third of the program was delivered by four of the Bangladeshi interns who had become the core group of trainers at the AAFSC. They had developed four new presentations that were specific to issues in Bangladeshi seafood farming.

In December 2011, JIFSAN trainers returned to Kuhlna for another program, but this time as advisors to the Bangladeshi instructors. In 2014 the GAqP course was offered again in Kuhlna with the addition of an option for Seafood HACCP Certification. This advanced approach was repeated in Cox’s Bazaar in 2015 and 2016.

The Government of Bangladesh has reached out to other entities in the country for support of the AAFSC, which became a part of the Ministry of Commerce Economic Growth Program. Support also has been garnered from the Department of Fisheries, the Bangladesh Aquaculture Alliance, the World Fish Center, and US-AID.

A significant step toward the program’s sustainability was achieved when the Department of Fisheries and Marine Bioscience at the Jessore Science and Technology University developed and offered two new courses in GAqP. To support the effort, the University and the AAFSC developed training booklets on GAqP and a Code of Conduct for seafood farmers. In 2012 the course included as participants three Deans, numerous Professors, thirty teachers, and some advanced students.

The capability of Bangladesh to successfully export its aquaculture products to the U.S. and other countries is enhanced by the fact that its producers are more aware of food safety practices and are likely to have fewer rejections at foreign borders due to food safety violations. Progress toward safer seafood in Bangladesh has been impressive largely due to the leadership of the AAFSC. A detailed survey of the industry revealed that training effort is needed on shrimp, prawn and fish farms, at feed mills and shops, and at ice making facilities. The AAFSC is continuous working to address training needs in all sectors.